Next week, NU Library is happy to once again host therapy dogs from Paws for Love (a program of the SPCA Serving Erie County) to help you de-stress during midterms. They’ll be in the Teachers' Studio on the 2nd floor of the Library. Let’s meet some of the dogs that you’ll be seeing. 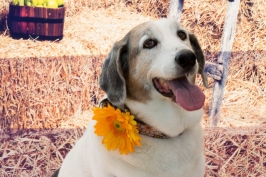 Chloe is a 12-year-old basset/husky mix. She was at NU last fall. She also visits at Our Lady of Peace and has kids read to her at the Lewiston Liibrary. 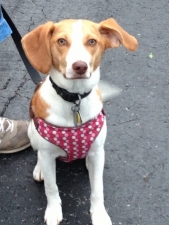 Carma is a regular visitor to Niagara University. Carma was born on September 21, 2013 in Paintsville, Kentucky. She is a mixture of Beagle and Jack Russell Terrier. She was among 6 dogs -- her parents, her 3 sisters and her -- that were rescued by Eastern Kentucky Animal Rescue. They were brought to Western New York and successfully adopted. Carma loves what she does! She does pet visits at Buffalo Niagara International Airport and B.U.I.L.D. Academy (PS 91) in Buffalo, among other places. She is looking forward to returning to NU! 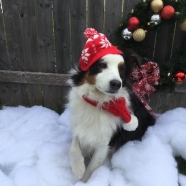 Action is a 4 year old Australian Shepherd. She was at NU library last spring. She loves sitting on the laps of students getting a lot of lovin'. She is a bit exuberant and does better with college students than some of the other assignments she has gone on. She is looking forward to a visit on the 28th!

Ash is a 3-year old Chihuahua who was adopted from the Lakeshore Humane Society in Dunkirk, by one of our NU librarians. He loves meeting people, getting attention, and being petted. More than one person has called him the friendliest Chihuahua they’ve ever met. This will be his first visit to NU, but we know he will love it.