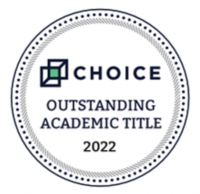 CHOICE, a publishing unit of the American Library Association, has announced its "Outstanding Academic Titles of 2022." Among the recognized titles is The Woman's Tribune, the second-longest-running women's suffrage newspaper, and a great source of information on late 19th Century Women’s history and suffrage. You can access it through our Accessible Archives database, which includes many other historical publications including African-American newspapers, literary magazines, and military newspapers.

Browse or search The Woman's Tribune