NU Library recently held a paint-along event, which was a lot of fun. Full episodes of a certain PBS painting show from the 80s & 90s are on YouTube, and we followed along with the season 14 episode, "Distant Mountains."

Although the show is 30 minutes long, the event lasted 2 hours, allowing time to pause and replay parts as needed. During that time we followed along, creating clouds, mountains, water, and of course, “some happy little trees.” 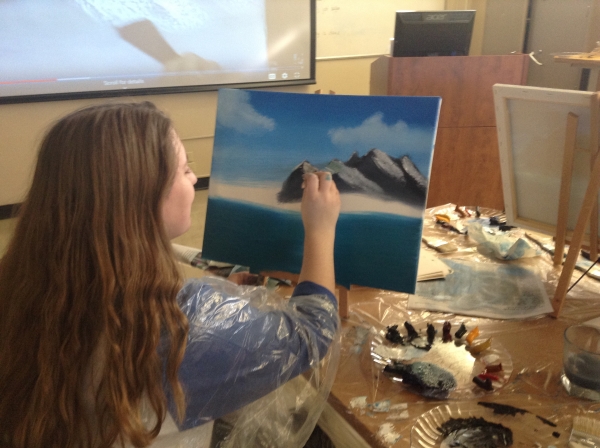 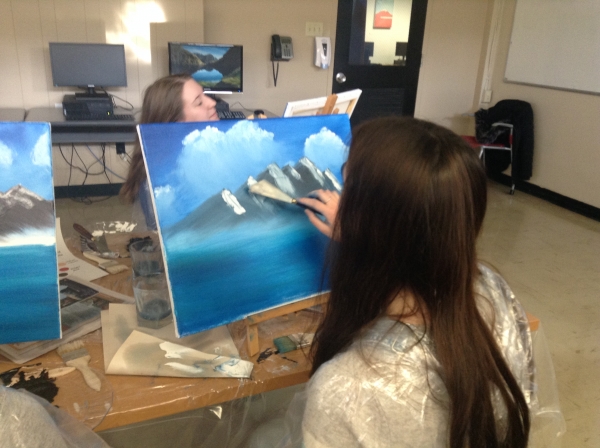 Everyone’s finished painting ended up a little different, but as was stated in the episode, “The big thing that we try to teach you here is to enjoy what you're doing and to have fun. Painting should make you happy.” And the event succeeded in that respect, with several attendees commenting about what a good time they’d had. 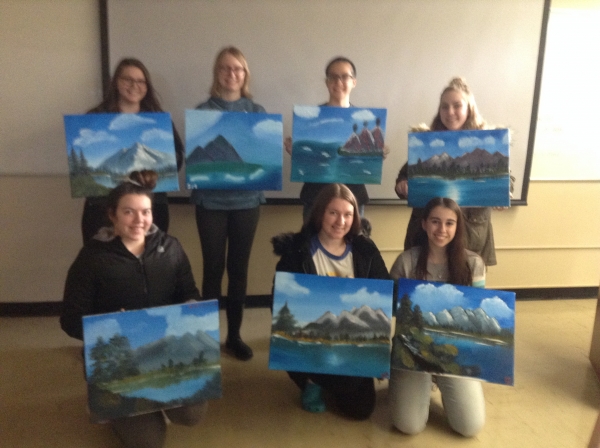 Interested in planning your own paint-along event? Here’s what you’ll need: